Expect the unexpected. Trust yourself. Don’t be afraid to say, “I don’t know.” Get the information out as quickly as possible. 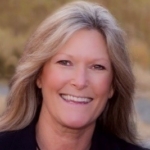 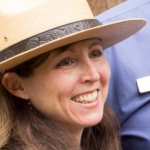 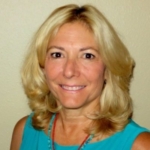 These were among the takeaways from a trio of seasoned public relations/public information specialists who spoke about crisis communications to Colorado Press Women Feb. 23 on Zoom. The three have more than a half-century of experience among them in handling crises of all stripes, from huge wildfires to mass shootings to lost hikers. The panel was moderated by CPW member Marilyn Saltzman, herself a 30-plus-year public relations veteran.

All three women stressed the importance of building strong relationships with other agencies likely to be involved in emergency response, including utilities and hospitals, and with the media — well before a crisis.  “It’s critical we all know who each other is,” Kelley said.

Going by the book isn’t as important as trusting one’s instinct, training and experience, the three agreed. Rocky Mountain National Park, the country’s fourth most-visited park in 2021, has an emergency plan, Patterson said, but added, “I don’t know that I’ve ever pulled it down” from its shelf. When floods swept the park and nearby Estes Park in 2013, “no script or notebook could have predicted (what) would happen,” she said.

Spaulding said her 25-plus-years of experience, which included being a hospital PIO when two Columbine High School students shot and killed 12 students and a teacher in 1999, have “been constant learning. I never want to stop getting better at what I do.”

The three were asked what they do when they don’t agree with their bosses’ decisions about dealing with crises. Spaulding said that at times, she has to recall Elsa’s song in the Disney movie Frozen: “I have to let it go. And I do.”

Kelley agreed. “I’ve fought hard internally to be more transparent than we have been over the years,” she said. “I respect their (supervisors’) opinions and they respect mine. (But) sometimes you walk away.”

Patterson said her bosses seek her best advice for each situation. “Oftentimes, there’s no such thing as a secret anymore,” she said.

Spaulding said those in public information often have a “love-hate relationship” with the media, but that Denver is fortunate. “Media tend to be more balanced here,” she said.

She then shared a story from Columbine: A team from a national TV news magazine tried to lie its way into a restricted area of her hospital to interview victims’ family members. When security called Spaulding to the area, a reporter told her, “Sara Spaulding said we could be here.” She told the team flatly that she was Sara Spaulding and she had not given permission. “I did not put forward their requests” for assistance after that, she said.

Kelley said it is often easier to build good relationships with local media because they are the reporters who cover crises through weeks or months to their conclusions, while national reporters typically move on to the next big story quickly. And she’s had local reporters defend her when national media have demanded immediate information. “She said she’ll be back,” the locals tell their national colleagues. “She will be.”

The women agreed that social media have changed their jobs dramatically, allowing reporters and the public to quickly access and share information — and misinformation. Kelley said she monitors social media during crises because she can spot areas of interest she should address — as well as just assuring users someone is listening. “I like to respond and let people know we’re there,” she said.

There’s also a down side to social media during times of trouble, she added. People may insist on advancing falsehoods or errant theories. “You know from the way things are being posted that there’s no winning this one,” Kelley said.

Patterson said the park uses social media to seek the public’s help when park visitors are missing but have stopped posting fatalities because of the sometimes cruel or negative reactions from the public.

While emergencies and crises are often heartbreaking or harrowing, they can have lighter sides. Patterson recalled evacuating campers to the park’s auditorium during a flood, which took out all telephone and internet communications. She then had to explain the complicated route out of the park that would avoid flooded roads. “Who has a paper map?” she asked the smartphone-dependent crowd.

Go to CPW’s YouTube channel to watch a recording of this program.