About a dozen Colorado Press Women and friends visited newspapers in Canon City and Alamosa, Colorado, July 30 and 31 on CPW’s 80th anniversary to meet the editors and staff to present a plaque to them noting that founding members of the organization had worked at their publications. 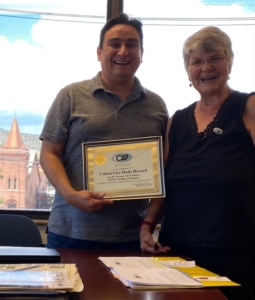 Michael Alcala, editor of the Canon City Daily Record, and reporter Carie Canterbury asked the visitors about the kind of treatment women received around 1941 and later faced trying to get newspaper jobs and promotions. They also answered questions about how their diminished staff is still collecting and delivering news, whether in print or online.

CPW members first visited the Colorado Prison Museum in Canon City and took photos of the gas chamber and other prison artifacts. As we toured, a guard with a long gun could be seen up in the nearby guard tower topping the high stone wall of “Old Max,” the 1871 Colorado Territorial Correctional Facility, still an active prison. Members then drove to Alamosa, where they met for comfort food, camaraderie and libations at the San Luis Valley Brewing Company.

The next morning, the group visited the Valley Courier in Alamosa meeting editor Stephen Jiron and reporter Priscilla Waggoner.  After members viewed the offices and printing press, CPW president Sandy Nance presented them with a plaque. Waggoner later published a photo of the visitors with an article about CPW’s 80th anniversary and history of its early female journalists. 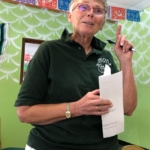 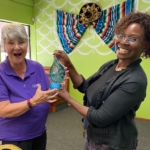 Sherri Burr, New Mexico Press Women’s president, then surprised CPW president Sandy Nance with a trophy for the 80th anniversary. Burr, the NFPW Communicator of Achievement for 2021, gave a brief introduction to her book, “Complicated Lives: Free Blacks in Virginia, 1619-1865,” which was nominated for a Pulitzer Prize in History. Researching her own genealogy led her to do seven years of research resulting in the book.

A tour of the Adams State University campus followed until evening, when members drove to the Great Sand Dunes National Park near Mosca for a picnic. 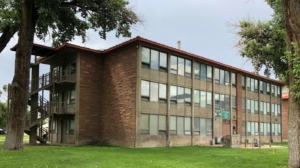 After sipping wine provided by Ellen Glover of Westcliffe and eating sandwiches arranged by Sharon Almirall, drizzle started. Dark clouds overhead and rain ended the group’s plans to see the stars there that evening, per the Sand Dunes’ Dark Sky designation. 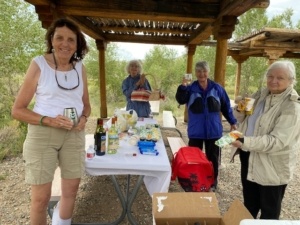 Cheers to the picnic that refused to get rained out, although the Dark Skies lecture was.

Colorado Press Women had 58 charter members from 30 towns and cities all over Colorado, including 27 different newspapers. They were publishers or editors of 13 of those papers. Other charter members managed the Denver Civic Symphony, did publicity for the Central City Opera, Denver Art Museum and the Denver Public Library. They taught journalism at the University of Colorado and Western State College and wrote texts. They were columnists, freelancers, broadcasters and wrote advertising, poetry and plays.