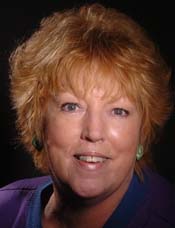 Davis, assistant city editor at The Coloradoan, exemplifies outstanding professional achievement, as witnessed by her collection of award-winning stories in contests sponsored by CPW, the National Federation of Press Women, Society of Professional Journalists and the Colorado Press Association.

Davis has worked her way up in newspaper business over the past 25 years, starting as a stringer at the Longmont Times-Call in 1979 and rising to assistant city editor then the entertainment and magazine editor before moving to Fort Collins in 2005, where she was hired as assistant city editor at The Coloradoan.

A 2005 nominee for manager of the year at the 220-employee Coloradoan, Davis also was named the February 2006 Employee of the Month, recognizing her outstanding work and inspiring attitude.

The award-winning writer won CPW’s sweepstakes honor every year from 1998 to 2004 and several NFPW awards over the years. She placed first and second in column writing in SPJ’s 2003 and 2004 contests and has won top awards for columns and spot news reporting from the CPA.

In addition to her professional accomplishments, Davis has been an active volunteer in Northern Colorado, inviting homeless men to Thanksgiving dinners in her home and serving on the advisory board at the Life Center, where she helped organize activities for Alzheimer’s residents.

Davis has served on the Skyline community task force to address issues facing Hispanic students and volunteered with El Comite, helping bridge the gap between city officials, police and the Hispanic community after the shooting of two young Hispanic men by two police officers.

A vocalist, Davis has supported and performed at the Festival on Main Street and helped raise funds for the YMCA Kids Camp, organ transplant patients, a child suffering from obsessive compulsive disorder who needed surgery, and friends with life-threatening diseases. When a young man from Longmont was killed in Iraq, Davis got on the phone and elicited cash and in-kind donations from several businesses and organizations to provide hotel rooms, cars and deliveries of free food for four days for the soldier’s six out-of-town family members who arrived for the funeral.

An asset to Colorado Press Women over the years, Davis has served as communications contest chair for seven years. Her attention to detail is apparent in her professional and volunteer activities, as witnessed in the extra time she takes to review contest entries and assist members in submitting their entries.

CPW recognized Davis’s exceptional contributions during the awards luncheon at the CPW May 6 Spring Conference. Davis is CPW’s nominee for the NFPW Communicator of Achievement Award, to be presented Saturday, Sept. 9, at the NFPW national conference in Denver. CPW is hosting the 2006 conference, Rendezvous in the Rockies, Sept. 7-9, at the Adams Mark Hotel.