Damaso Reyes is the News Literacy Project’s director of partnerships. 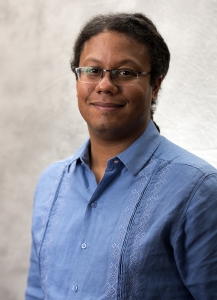 A multimedia journalist whose work has been published by The New York Times, The Associated Press, The Wall Street Journal, The Miami Herald, the San Francisco Chronicle, New York magazine, The Christian Science Monitor, and Der Spiegel, he spent three years as a volunteer journalist fellow for NLP, making presentations in New York City classrooms both in person and remotely from Barcelona, Spain, where he lived for several years.

Damaso is also a senior fellow at the World Policy Institute, focusing on migration issues, and spent more than a decade as the principal photographer for The Europeans, a long-term photographic documentary project examining the changes that Europe and its people are experiencing as the European Union expands and integrates. Previous assignments and projects have taken him to a variety of countries, including Rwanda, Iraq, Indonesia and Tanzania, and throughout the United States. His images are featured in the 2014 monograph “Black: A Celebration of a Culture” and the 2005 book Innocents Lost: When Child Soldiers Go to War.

A 2008 Fulbright Scholar, Damaso has received several grants and awards, including a 2007 Arthur F. Burns Fellowship, a 2012 Knight-Luce Fellowship for reporting on global religion, a 2013 French-American Foundation Fellowship for immigration reporting and a 2015 Holbrooke Fellowship from the International Center for Journalists.