Three diverse authors of thrillers, mysteries and a memoir entertained members of Colorado Press Women and their guests Nov. 4 at their annual authors’ meeting at the Denver Woman’s Press Club’s historic building at 1325 Logan Street. The authors then autographed and sold their books. 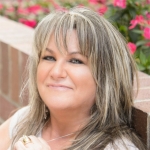 “Binge writer” L. S. (Lisa) Hawker started writing at age 8, finished her first novel at age 14 and wrote her second novel in college. She describes herself as a “25-year overnight success.” She learned that Harper Collins Witness Impulse would publish her first novel, a thriller called The Drowning Game, when she got a call on Superbowl Sunday in February 2015. The book was out in September, unusually fast by anyone’s reckoning.

She won a three-book deal with the publisher, which wanted the second book almost immediately. She said she took 12 years to write the first book and four months to write the second, Body and Bone, which was “the hardest book I ever wrote.”  She said when it went on the Best Seller List and was a finalist for the New York Thriller Award, it was “one of the most exciting weeks of my life.”

Hawker said she started out as a “pantser,” a seat-of-the-pants writer, but has evolved into working more on structure and characterization. In the process of getting published, she learned publishers almost never accept the author’s title (she had used all Neil Young song titles for her books). She shocked the artist who designed her book cover when she thanked her. No authors had ever thanked the artist before.

Her third book is titled End of the Road. She’s written a fourth and has started on a fifth. Denver has so many resources for writers, she said. “This place is special.” 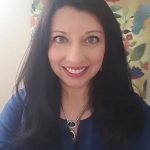 Muslim writer Ausma Zehanat Khan was born in the United Kingdom and grew up in Canada where she earned a B.A. in English literature and sociology from the University of Toronto. She then got a doctorate in international human rights law with specialization in military intervention and war crimes in the Balkans from the University of Ottawa. She practiced immigration and refugee law for a time.

An angel investor in Canada, a billionaire from Saudi Arabia, put up the funds to start a magazine for young Muslim women in North America, ages 18-20, and Khan became editor-in-chief. During the next few years, she flew all over finding stories of amazing young Muslim women in the U.S. and Canada. “It was exciting and crazy,” Khan said. She was solicited to speak by various groups too. But the project folded when the investor pulled his money, and few advertisers came forward due to fear.

Then Khan moved to the U.S. with her husband, an Iranian and fellow activist, when he got a fellowship to teach at Northwestern University near Chicago. They have since moved to Denver where he directs the University of Denver Center for Middle East Studies.

Her husband suggested that since she had been writing for so long, she should start a novel. Her first book was rejected everywhere, so she decided to write about her passions: human rights and marginalized voices. For her doctoral dissertation, she had spent 10 years reading about the Bosnian genocide including eye-witness testimony of the Srebrenica massacre of 8,000 Muslim men and boys in 1995. She includes some of this information in her first novel.

Her main characters are two detectives in Toronto’s Community Policing Section who solve sensitive crimes in the minority community:  a Muslim man, Inspector Esa Khattak, and Sergeant Rachel Getty. In her first book, The Unquiet Dead, they investigate the death of a man who was living under an alias to cover up his past as a Bosnian Serb war criminal. The book received three writing awards.

Her second book, The Language of Secrets, is based on an actual event, a foiled terrorist plot in Toronto in which the Royal Canadian Mounted Police prevented the killing of the Canadian prime minister. In her third book, Among the Ruins, her main characters investigate the death of an Iranian filmmaker married to a Canadian.

The first book in her new fantasy series, The Bloodprint, is about women under control of Talismen (similar to the Taliban in Pakistan.) She said she reads widely and researches about six months before beginning to write each novel. 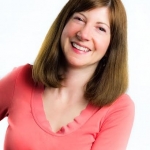 Bassoff was an English major who “always wrote” and was an assistant editor for Penguin Publishing. Now a middle school teacher at the International School of Denver, she said she comes from a family of writers. Her psychologist mother wrote a Parent’s magazine column and a book about mothers and daughters. Both of them  appeared on “Oprah” to discuss it.  Her professor father has written plays, a children’s book and scholarly publications, and her brother writes noir fiction. She said, “If something breaks in our house, none of us can fix it but we can all write about it.”

Bassoff said she always heard about the “lost boys of Sudan” but almost never heard about lost girls. After some of those boys showed up in Boulder,  she met them and got involved with their lives. Then she attended a conference on women from South Sudan where she met a conference presenter, Laura DeLuca, an anthropologist.

After interviewing many immigrants, they collaborated on the book. They first wanted to write nonfiction, but the girls were nervous about telling their stories, and many had blurred memories about what happened to them. The two combined the stories of several young girls. Bassoff did all the writing, while her colleague who had visited South Sudan, filled in all the details.

The girls had to walk miles for water and firewood, and sometimes were attacked and raped. They typically were sold into marriage at ages 13-14 to men with several wives and were valued for their “bride price” (money or cows the husband gives their parents.) The co-authors decided to donate all proceeds from the book sales to a charity, Africare, which provides money to those in Africa with the greatest need.

Bassoff’s new project involves interviewing refugee and immigrant women. She said if you look people in their eyes and hear their stories, you cannot hate them. Too often people focus on what the refugees leave behind, rather than looking at the gifts they bring.